The oldest active cache has been replaced. 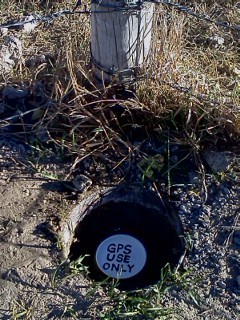 http://www.geocaching.com/seek/cache_details.aspx?wp=GC30
Posted by Unknown at 5:11 AM No comments:

Cache is gladly accepted The GPS pastime can be a good way for a family to spend a day.

Cache is gladly accepted The GPS pastime can be a good way for a family to spend a day.
Many experts blame electronics for keeping today’s kids from healthy times outdoors.
Cherity Stevens uses electronics to help her kids enjoy the outdoors several afternoons a week.


Below are a couple of quick snaps. If you pre-ordered, they will start shipping next week. 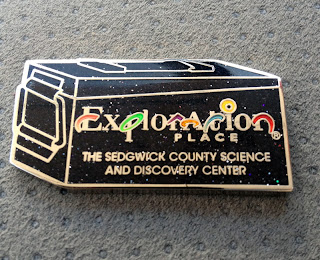 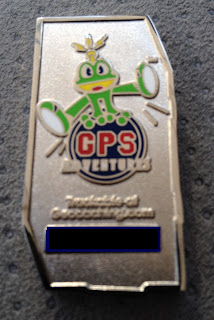 I believe that the Exploration Gift shop still has some left, $10
Posted by Unknown at 6:26 PM No comments:

Posted by Unknown at 7:52 AM No comments: 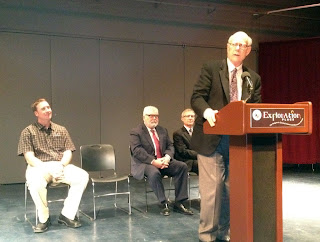 Sen. Pat Roberts has a huge interest in GPS (the technology) and how it affects Kansas industries. He will come see the exhibit (quickly), starting at 4 p.m. or so. Then we will go into the Kemper Creative Learning Studio (it’s the auditorium seating venue that’s right next to the exhibit) and he will say a few words about GPS. 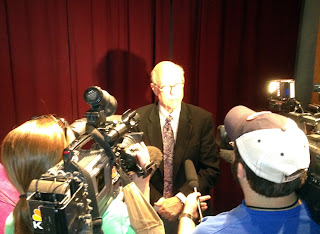 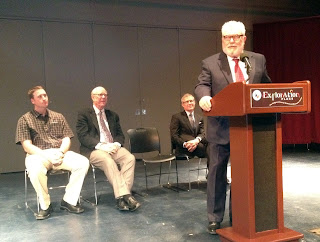 1. Chuck Reagan – Speaking about Aviation applications -1964 graduate of Holy Cross College in Worcester, Mass., Reagan received his master's degree from the University of Kansas in 1966, and in 1967 he became the first person to earn a doctorate in philosophy from KU.

Reagan has also had a parallel career as a commuter airline pilot, flight instructor and charter pilot. He holds an Airline Transport Rating and jet rated. He flies as captain of the university's Citation Jet and holds the title of professor of aviation as well as professor of philosophy. He is a member of the board of directors of the National Business Aviation Association and is the K-State representative to the Aviation Advisory Board at Manhattan Regional Airport. He is also a licensed railroad locomotive engineer. 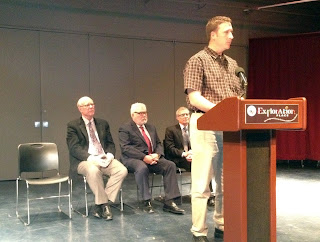 2. Mark Bergkamp – Sedgwick County producer and board member of the Kansas Farm Bureau. He’ll be talking about precision agriculture and the important role GPS plays. 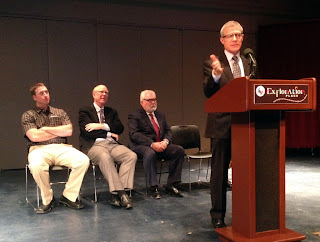 Jon Cassat joined Garmin in 1993 to lead the advertising efforts of the company. Prior to joining Garmin, Cassat held a variety of creative and leadership positions at area ad agencies. As Garmin's manager of corporate communications and later as the director of marketing communications, Cassat helped establish a full complement of in-house advertising, communication, and brand-building services in furtherance of the company's commitment to vertical integration.